More on the bomb hoax threat

JVL had hired security staff in anticipation of disruption by right-wing pro-Israel fanatics who routinely attempt to sabotage pro-Palestinian events, especially those organised by dissenting Jews. We don’t know that they were behind the hoax call, but it is clearly a plausible hypothesis.

The Guardian scrupulously failed to mention any such possibility in its report, which Craig Murray comments on acidly below. Apart from that, the threat was simply and totally ignored by MSM and Murray wonders how  mainstream media would have treated a bomb threat against, say, a Labour Friends of Israel event.

The Board of Deputies in a passing tweet appropriated the hoax to suit its agenda and presented it as an obviously antisemitic event (it may have been). It says it “underscores the need for all parties to take antisemitism seriously” without bothering to mention that that this was an attack on us, Jewish Voice for Labour, generally regarded by the Board as quite the wrong sort of Jews! 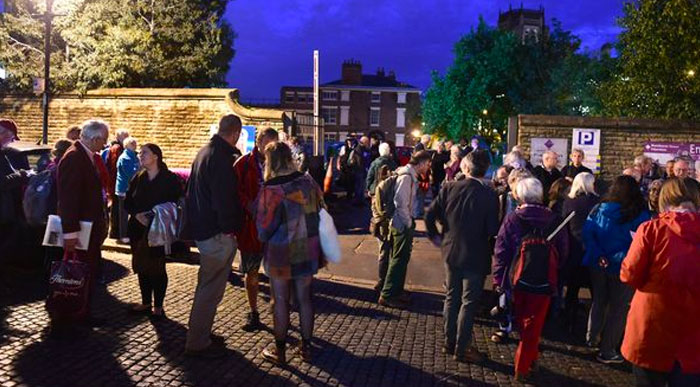