Around 200 people were evacuated from a Liverpool city centre building over a bomb hoax.

Police were called to Blackburne House after reports a man phoned up to claim “there are two bombs that will kill many people” at the Grade II listed site.

The Georgian Quarter building was hosting a film screening organised by Jewish Voice for Labour, as well as a writing group and Pilates class.

People took to Twitter just before 7.30pm to claim the Hope Street centre had received a bomb threat.

Several named the showing of film called the The Political Lynching of Jackie Walker as a possible target.

Naomi Wimborne-Idrissi, media officer for Jewish Voice for Labour and who helped organise the event, told the ECHO: “So, 15 minutes after the starting of the film, which is called the Political Lynching of Jackie Walker, the young receptionist picked up the phone.

“A man said ‘Is this Blackburne House? Is there a Jewish event going on?’ to which the receptionist said she knew it was a Labour event but she didn’t know if it was Jewish.

“And he said ‘it’s a big Jewish event, I want to say there are two bombs that will kill many people’.

“And then he put the phone down.” 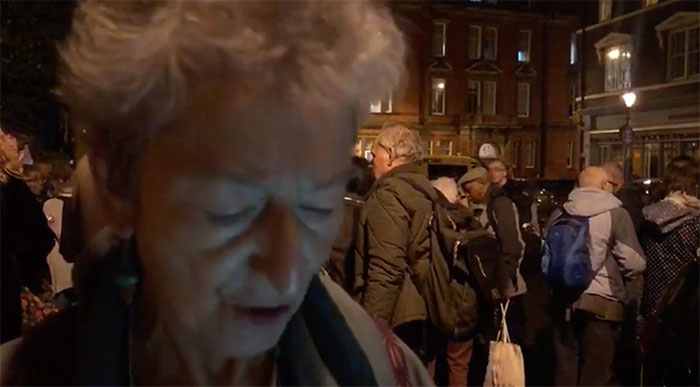